Not as Thick as Some

After my posts about my coving not being as neat as I would like and some of my coves running I had an email from Randal (Wilderness 1100) suggesting my mix is not thick enough, which reminded me of a post on this site warning that the material seems a lot thicker in the pot than it is when applied. He also mentioned that he got his coves just fine and didn’t use chopped strand either and that I just needed to thicken the mix..

So today I taped the back of bulkhead 1, both sides of Bulkheads 2 and the front of bulkhead 3. None of these will be visible (buoyancy chambers) so it was a good area to experiment on. I made the filler progressively thicker until I was satisfied that it would not run, and I also decided that perhaps part of the problem was also because I was making the cove to big. I had a radius about the size of a coke can on one end of the spatula that I had been using and these coves are the ones I found would sag. The other end of the spatula is the radius of a 20c piece so I decided to use that end on these coves. I figured that the less material in the cove the less likelihood of its weight causing it to sag.

Randal also suggested that I wait a while before applying the tape to give the cove filler a chance to harden a little to retain its shape when the tape is wet on. I coved all 4 bulkhead joins and then applied the tape to the first cove, then second etc. The cove had almost set but I perhaps could wait a little longer still as it was still a little soft under the tape, but it did retain its shape a lot better. I also used a special tool designed specifically for pressing the glass into the correct positions to make sure there is good contact all over and no air bubbles. Tomorrow I will start a little earlier (I started at 12 today) in order to get a lot more done but also to allow more time for the cove filler to set harder. 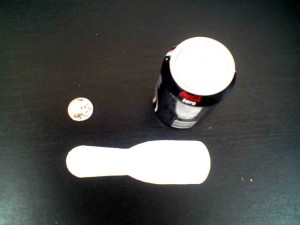 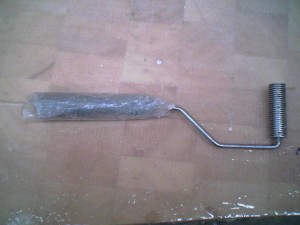 Previous Post
Turning The Port Hull This Month?
Next Post
By George I Think He’s Got It