Skip to content
cockpit, Finishes, On mooring, Repairs and alterations

The boat has been on the water 6 months now. Not much has changed on it except most tools and years of accumulated “stuff” has been removed. Luckily I got to spend a month tied up in the marina while my mooring was dropped. I promised myself a break and Jo more of my time and that’s exactly what I did. Whilst I have spent some lazy days aboard getting some jobs done I have also done some renovation on our house and spent a lot of time doing nothing at all. And loving every minute of it. (Jo and I are re-tiling the laundry, toilet and bathroom as part of our reno’s). 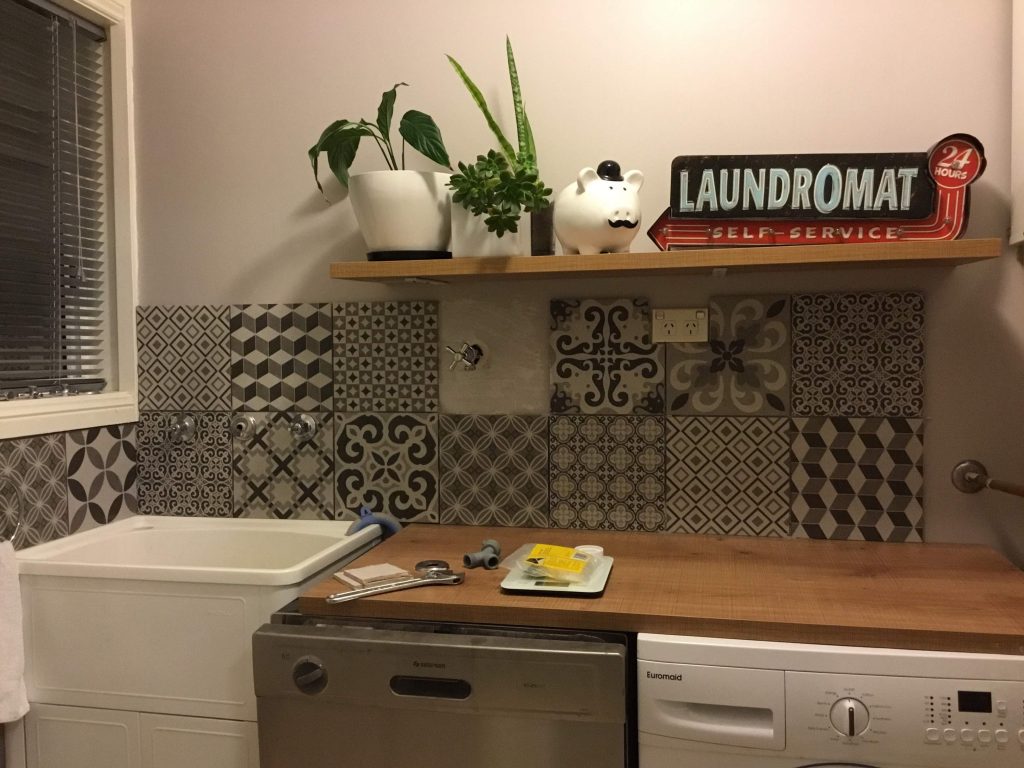 I cleaned up most of my remaining junk at the shed (as well as helping Jake finish his dingy, awesome job he did) and cleaned most of the junk and more importantly dust out of the boat. I no longer have to warn visitors about them getting dust on themselves when they explore the inside of the boat. The shed is now in my past and I no longer need to pay the rent. 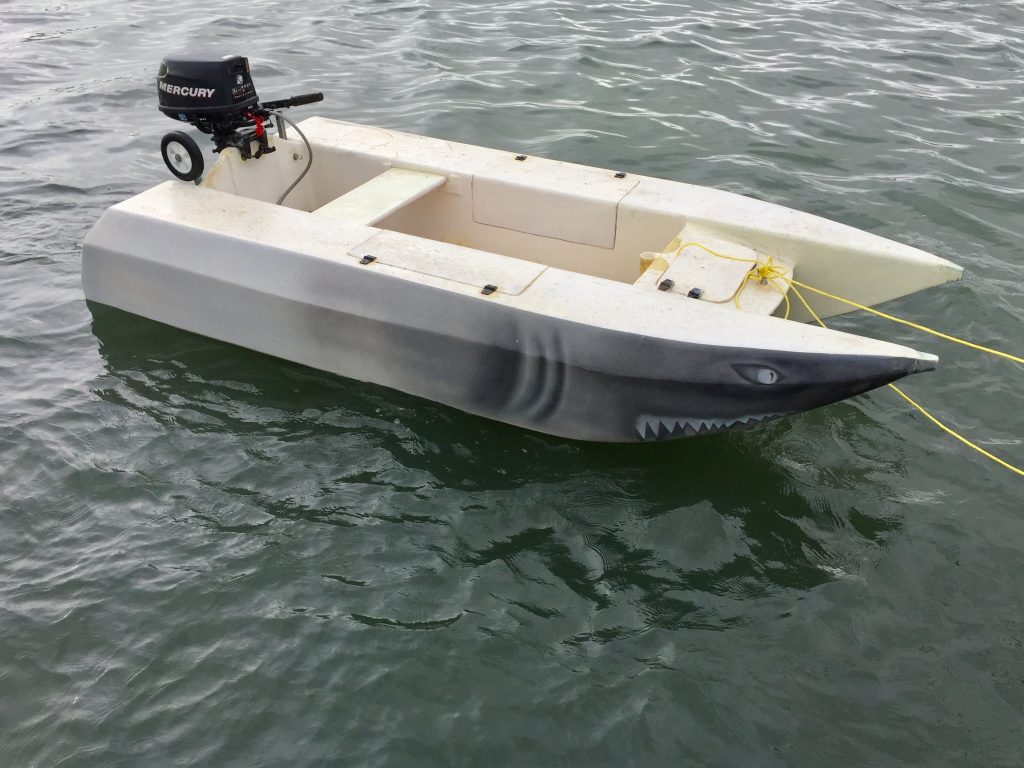 Yikes now lives on the mooring opposite our house and can be seen from our front porch which brings with it a certain joy and my dingy lives chained to a tree in the car park next to the boat ramp into the creek. The dingy has wheels so can be moved to and from the water by myself and the outboard gets wheeled home (it’s in the garage but I plan on building a bin surround and will make space in there) on its stand when ashore. All up from door to boat door it takes me about 10 minutes. The work I have done so far (since launch), I put an extra drain in the cockpit floor because rain was pooling in the middle. This would happen less on the mooring because the boat would rock and roll more there than in the marina and will pool even less once the cork floor goes down but I figured one more drain would probably be better (there are now 6 x 40mm drains should we have a following wave break into the cockpit, unlikely but…you know….Murphy).

I have changed my mind about the cork flooring. For most of May we were joined in the area by Stefan, Mareka and their 3 kids and Gonyonda their 13mt Schionning as they made final preparations for their trip to New Caledonia. Jo and I had dinner on Gonyonda a couple of times and it was a real pleasure having them visit.

Stefan showed me the material he used and it suited us perfectly. It’s called EVA (the stuff flip flops are made from) and comes in a variety of colors and patterns. It must have come down in price because I saw a checker plate version a few years ago that was $100 per square meter and was put off. It’s now about $60 for 900mm x 2400mm. It already has adhesive backing so much easier than cork was going to be (contact adhesive and something to seal the cork to stop it staining). In order for the self adhesive backing to stick properly I decided it would be better sticking to a gloss surface rather than the rough surface of the open weave in the duflex so I gave the deck and seat tops a coat of white epoxy first. And to cut to shape I used my tried and trusted method of cardboard templates first. The flooring cuts with a box cutter or scissors. Peel the backing off one edge, get it stuck down in the right place, remove the rest of the backing and smooth it down. Easy. 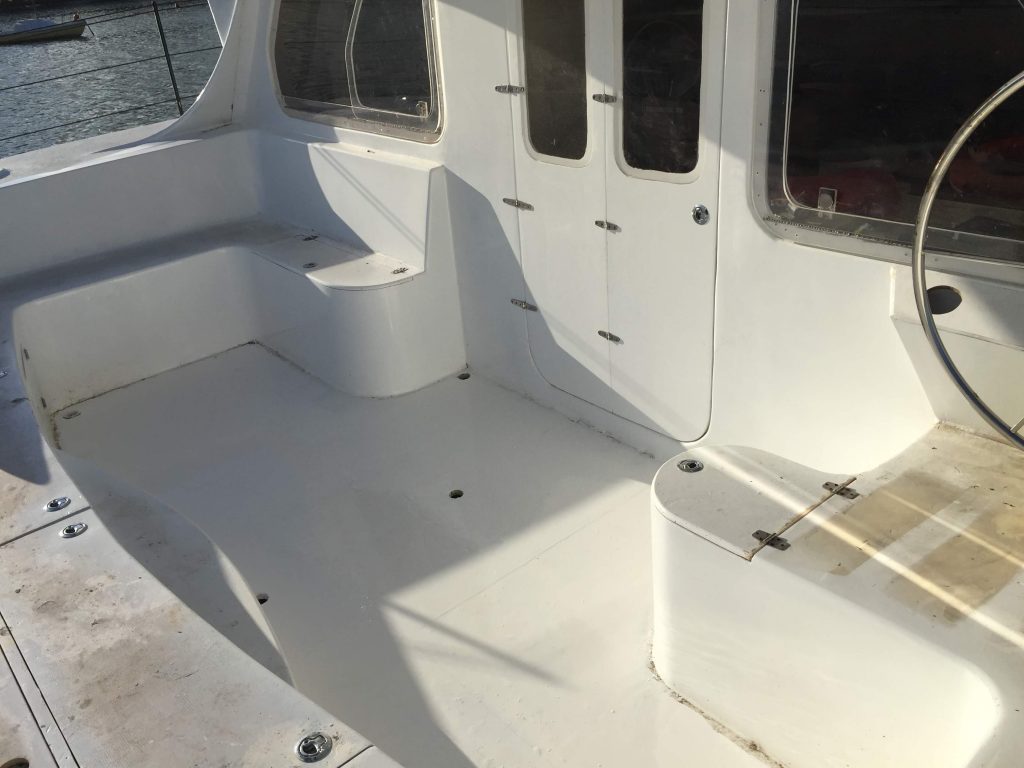 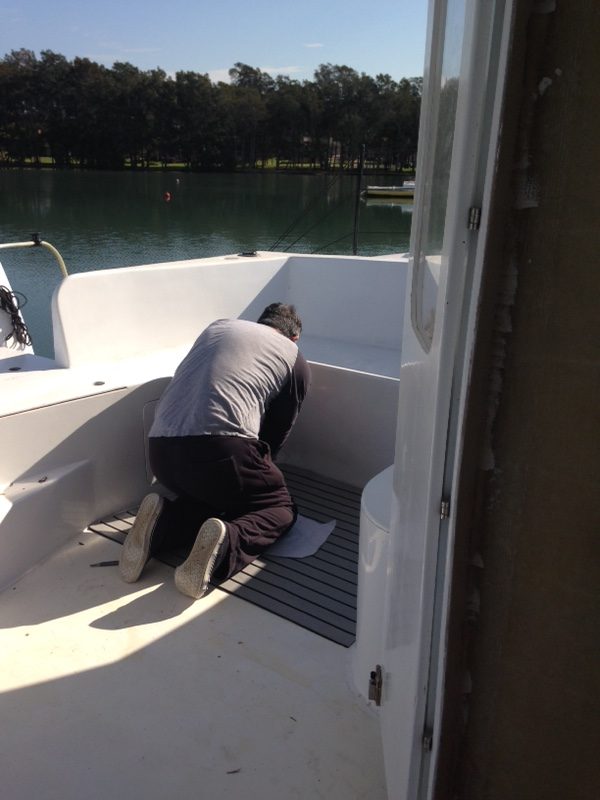 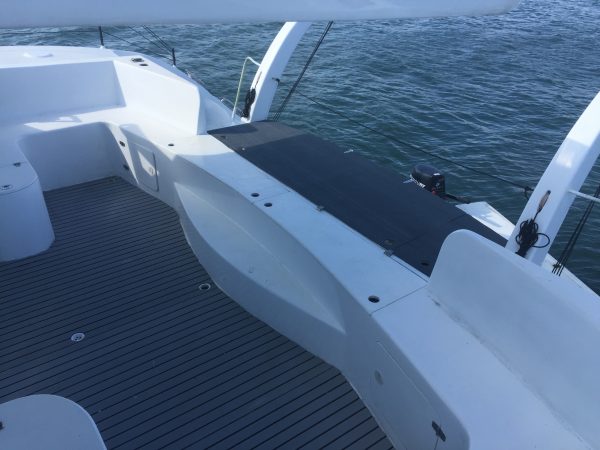 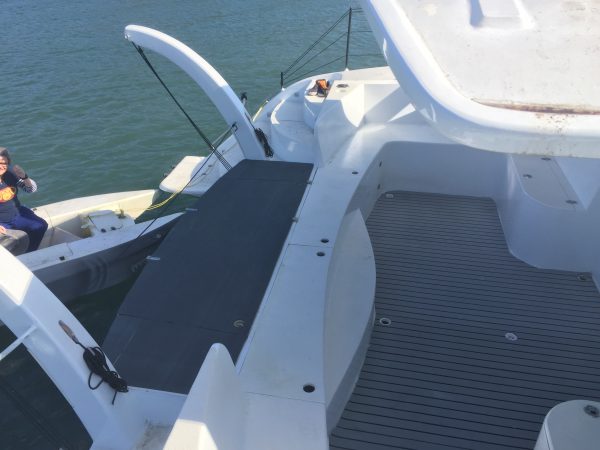 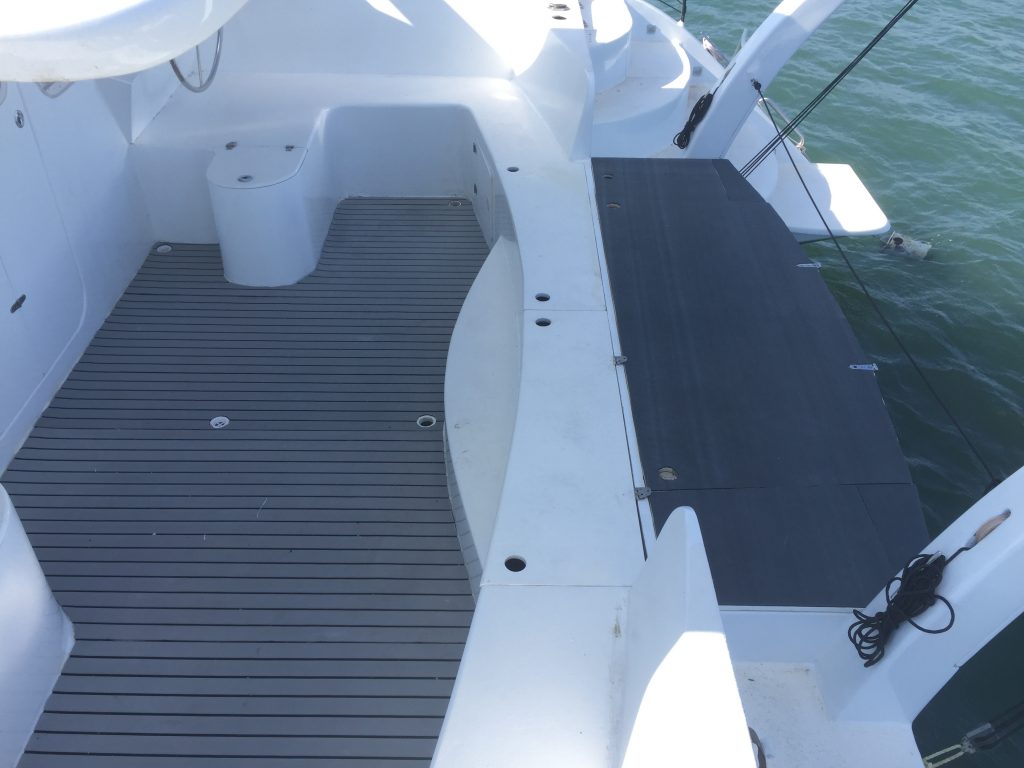 I also cut a 50mm hole into each engine bay on the chamfer panel under the bridgedeck and fitted bilge blowers on each to help aspirate the motors. I got advised to suck fresh air in rather than blow the dirty air out but it’s easy to reverse the blowers by physically turning them. I haven’t had the motors running under way with the lids shut but they idle for as long as I like with the steps (lids) down which they didn’t do before, they would cut out after a few minutes.

I also fitted locks to every door, window and deck hatch to deter theft. Truth be told you could easily pry any of them open but even with really good secure locks, if someone really wanted to get in they would force their way in doing more damage than they are likely to steal with the door wide open. This will deter opportunist theft and if determined minimize damages.

I re-bedded the 2 large bedroom hatches as both leaked every time it rained. One lesson learned is don’t bother zigzagging sealant and too much is better than not enough and any decent roof and gutter sealant works fine, no need to pay triple for “marine” sealant. I used Dow Silastic. Worked fine. Each one only took 20 minutes to re-do (and cost less than $10 for the pair). Might even re-do the rest just to be sure.

I still have a leak around the outboard controls to seal and a few of the ports also drip quite a bit when the rain is really heavy, not enough to seriously wet anything but enough to be a problem once carpet is down and the other problem this creates is the puddles then evaporate as condensation and drip in other areas and mold starts to grow so next time in the marina I have to re-seat about half (5/10).

My thru hull skin fittings don’t leak. One has a plastic elbow above it that leaked into a wet sump but not enough to wet a handkerchief through over a 24 hour span and once the water is switched on that sump will permanently have a half inch of water in it sloshing around (the bulge pump can’t pick it all up before the float switch turns it off). The day after launch the leak had self sealed with crystallized salt but to be sure it can’t ever return I cleaned it off and sprayed it with an aerosol silicone seal.

I had a survey done on the request of the insurance company. Man these guys are paid better than doctors. $660 for 2 hours on my boat asking me questions about the boat and inspecting my work and fitted equipment. And he was the cheapest I could find, the other 3 quotes were north of $750.

He did a thorough and professional job though and at the end I am happy I have a survey I suppose, would I order one if insurance didn’t need one, not at that price. The end result is he ticked off on my construction but because there is no finishes on anything inside and no rig yet the current value he put at $200k and $400k when completed assuming a similar quality to the work already done. Happy with that. As a result the boat is insured for $200k until more value is added.

Now the boat is on the mooring we hope to use it. But not for a few more weeks. I hope to have the wiring completed in the next few weeks. I don’t feel comfortable using the boat without a plotter or depth sounder.

A month or so after we launched (while Yikes was still in the Marina) we went to Vanuatu again for a week. It was awesome. I really can’t wait to cruise there. Gonyonda’s trip to New Cal and beyond has really made me want to go. Unfortunately work doesn’t allow for that for a while yet. When I eventually take a holiday we think we might venture up to Port Stephens first. It’s not too far from home should we have troubles and a beautiful area. 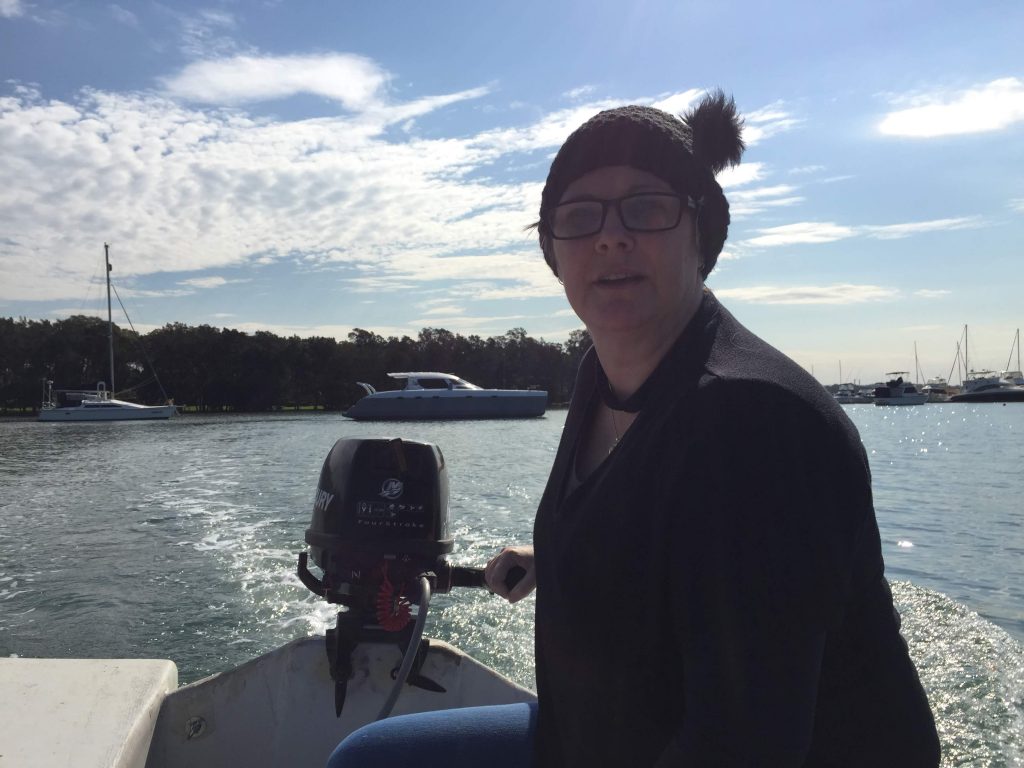 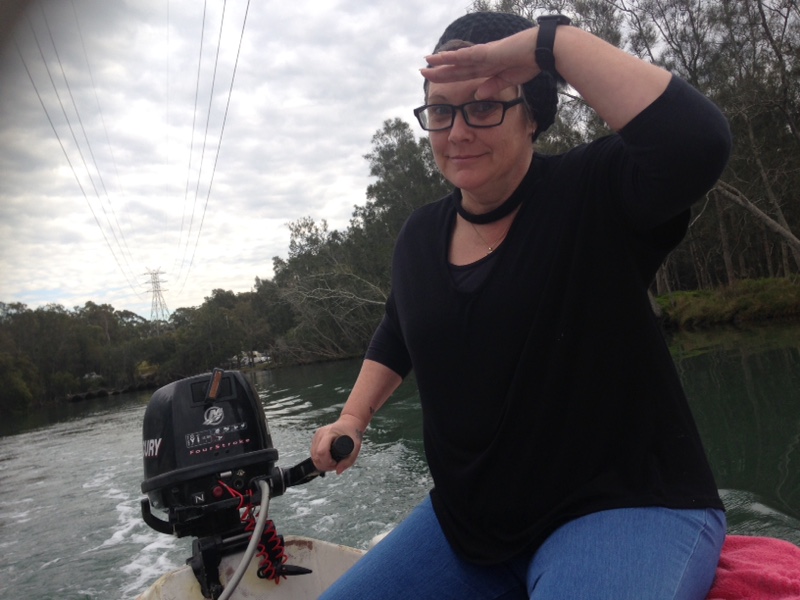 Its the middle of winter and 6 months of growth is on the hulls. It just seems like algae at this stage but I am going to have to scrub the hulls soon. As soon as it warms up a little.

We also had another visit from Jo and Marcus also building a Schionning. We had a beautiful sunny Saturday to climb all over Yikes and the 4 of us in our dingy worked ok. I only have a 5hp on it but it got us in and out ok.

They say that shortly after launch you start to find the mistakes you made along the way, usually in choices you made about where or how you decided to do things. In my case one of the biggest mistakes I made was in choice of electronics despite being warned about the pitfalls. Over the years I grabbed many bargains, planning in advance and buying when great deals came up. I found what I thought at the time was the bargain of the century. I found a near $10000 (at the time) 15″ chart plotter for $2300. It was the start of the Navico brand consolidation so the Northstar name was being phased out (along with Navman) but it had a feature at the time very few units had; TV out, so that you could send the picture to your TV screen and control the unit from a second keypad. Little did I know at the time it would be nearly a decade before I launched and decent unit now sends its screen to any phone or tablet on board! And of course a lot of technology changes in that long a time. So I was lucky to get just over a thousand back selling it all and bought a B&G Vulcan 9″ (again based on a recommendation from Stefan) mostly because I could still use the other parts of the system I bought such as the radar dome plugs straight in. And at some point down the road I will get a 12″ ipad to be our house TV/Computer and inside chart plotter screen. That little mistake only cost me a grand! Moral of the story, buy tech related items last, just before launch no matter how cheap they seem at the time. 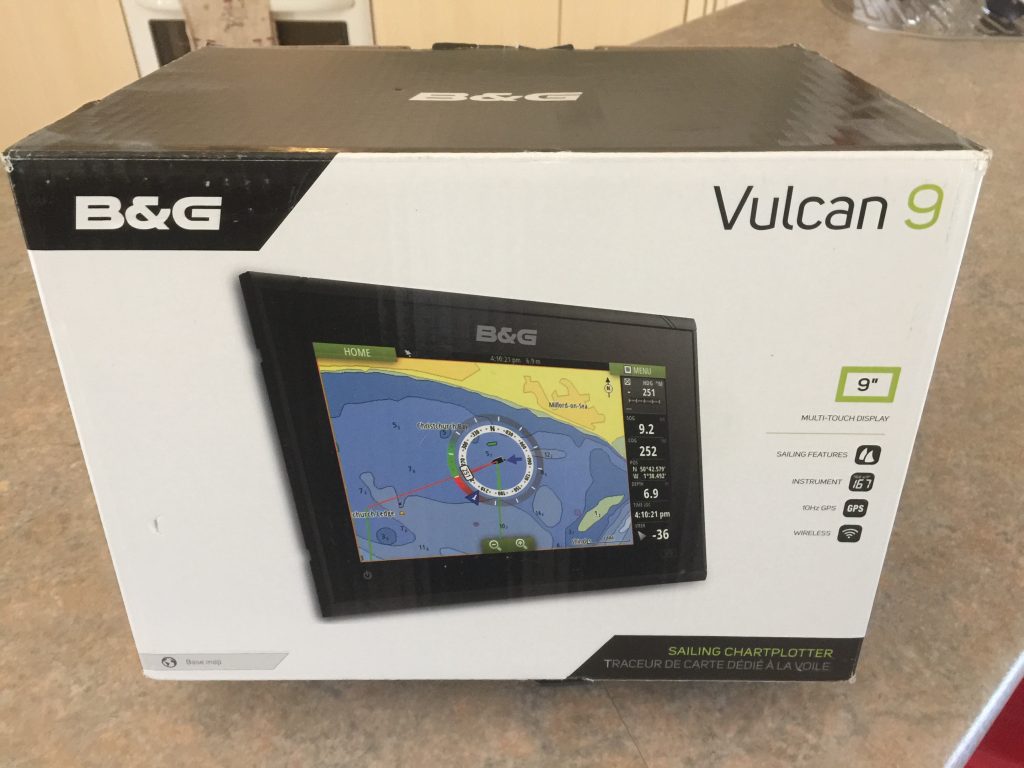 I walk around the foreshore and marina around our house almost daily and even not yet using Yikes just seeing her each day fills me with joy and pride. One of the great things about launching (and removing the financial strains of storing the boat) is that nothing seems urgent to do anymore. I am still keen to progress but not as stressed about getting it done as I used to be.

We can’t wait to getting Yikes a bit more comfortable (cushions on seats, wired up so everything works such as lights, fridge, running water, toilets etc) so we can start staying on her for weekends around the lake before going out into the ocean again for a trip to Port Stephens. In the meantime I get to admire her each day. So worth the effort.

But for now we are just loving where we are and what we have to look forward to.

From this (left) to this (right) in 12 easy steps (except each step takes a year and isnt so easy!). 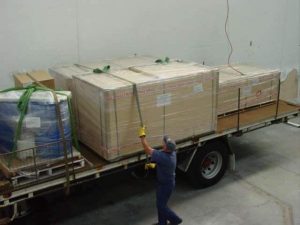 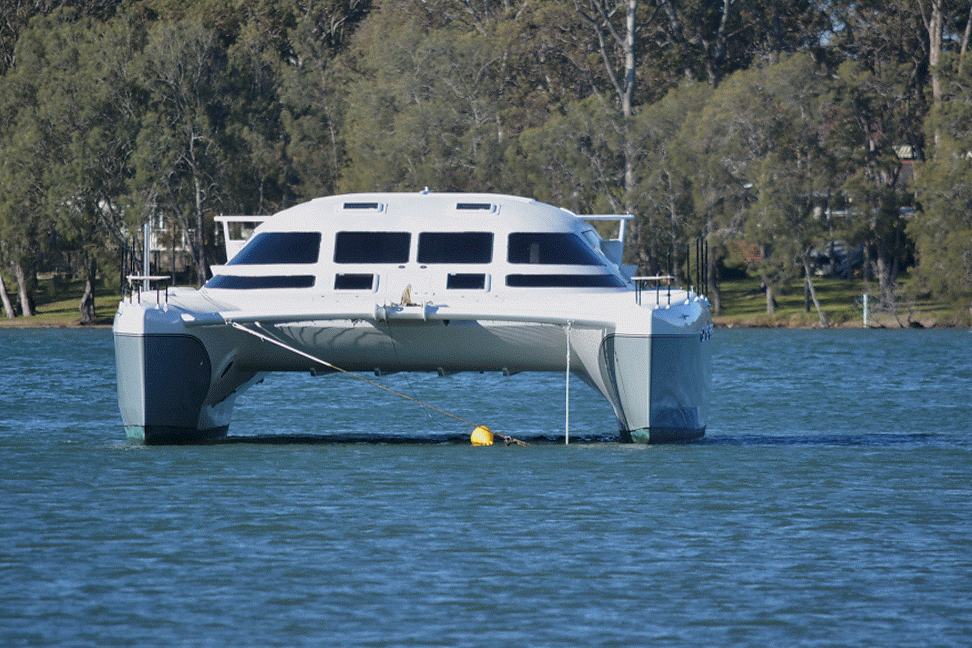