After weeks of “other” engagements we finally got the time to order the timber for the strongback, after a false start on the weekend. A local timber recycler thought he had what we needed but it turned out he didn’t but fortunately we found another used timber recycler about an hour away in Cessnock. So we took a drive out to see what he had. We decided to stop for a counter lunch and after passing a pub with “$7” lunches which I considered to be a mistake (to pass!) we decided on the Irish pub where we had a $10 lunch each, but as they were delicious I cant now claim that passing the cheap lunches was a mistake as they may have been crap…..I guess we will never know! After I start making the strongback, it will become the “Official” start date of the project for those that are reading with an interest to building themselves. The timber is being delivered tomorrow so I am hoping to have the strongback made by the weekend. I have of course walked around the pallets of panels, oh its got to be at least 20 times now, and stared at the plans, and measured the space I will be building in, etc so it hasn’t all been lying around on the couch! I have been hard at it!! 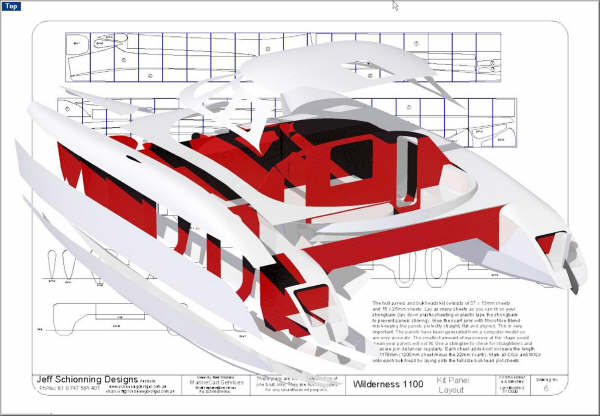 I am not including the drive out to Cessnock for the strongback timber as time spent building the boat, nor will I include time at hardware stores or boating stores (or boatshows, no-one could say that they are work!!) buying things for the boat. I am only going to inlcude work that everyone has to do on the actual building of the boat. So no addition to the time log yet. I can’t even claim the laps I have done of the pallets in the warehouse as “labour”!