I am finally ready to stand the bulkheads on the first hull, the port hull. Once they are stood and braced in place we can start attaching the full length hull panels and we will start to see things happening that look like a boat, and will give more of an impression of how big the boat is going to be.

Today I made a couple more sets of legs, I have 4 sets to go now which I will do tomorrow. I have only the legs for the lighter bulkheads to go so I should finish them tomorrow. I had done all of the heavy sets and today I also made a fairly heavy set for Bulkhead 0 even though it is the lightest smallest bulkhead because I was told (by Sean) that it gets a fair bit of pressure on it from the hull panels so it needs extra bracing so it doesn’t move while the panelling is happening. But I spent most of the day joining the 2 halves of each of the mdf temporary bulkheads together ready for standing and fixing the pair of bulkhead 8’s. As I have one of the first sets of plans and our kit is one of the first cut (its actually the second as Sean is also building the identical boat with the same rig on the Gold Coast and is about 6 months ahead of me which is handy because he gives me some tips from time to time, thanks Sean) there are a couple of minor errors in the kit. 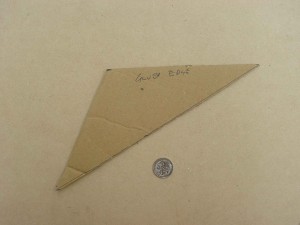 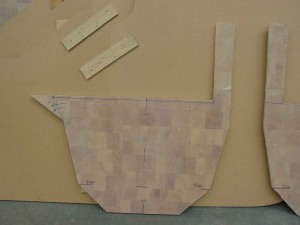 The mdf temporary bulkheads (like the real ones) are bigger than 1 sheet of mdf (the standard sheet size for most manufactured board in Australia is 1200 x 2400) so 2 pieces need to be joined. Like the Duflex they come pre cut to shape and just need to be released from the full sheets and joined. But they don’t need to be glued together they just need to be joined well enough to build the hull over them, twice, then they can be discarded or re used for some other purpose. I joined them by using the strips of timber left over from the pallets (remember I am also making the bulkhead legs out of the pallets – nothing gets wasted!!). I tried first to run a length of strapping along the join and screwing them into the mdf either side and then flip it over and do the other side. Man those mdf bulkheads are heavy! And hard, as hard as any hardwood. So a tip here is soap the screws, just lick the screw then run the thread along a bar of soap, it makes them go in so much easier. The strip along the join method is not the best. It is much more effective to make 300mm or so straps and run them across the join. It is much stronger. Once I had screwed the straps across the joins onto both sides the bulkheads became quite solid. I may even re do the first bulkhead I did along the join. I will see if it looks like holding the way it is, if not I will re do it. 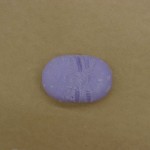 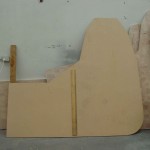 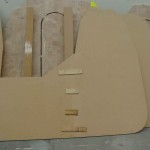 Jo’s brother-in-law Graeme is coming over tomorrow with the 8 44 gallon drums (that will become a scaffold) in a borrowed truck and may also bring the dumpy level (theodolite) which we may use on Saturday when we start standing the bulkheads. I have squares, string lines and spirit levels all around so I probably wont need it but I am curious how theodolites work. And it is very critical to get the bulkheads stood perfectly, as the more accurate they are the less filling and fairing and the lighter, stronger and better the boat. So all the tools I can get to help I will try.